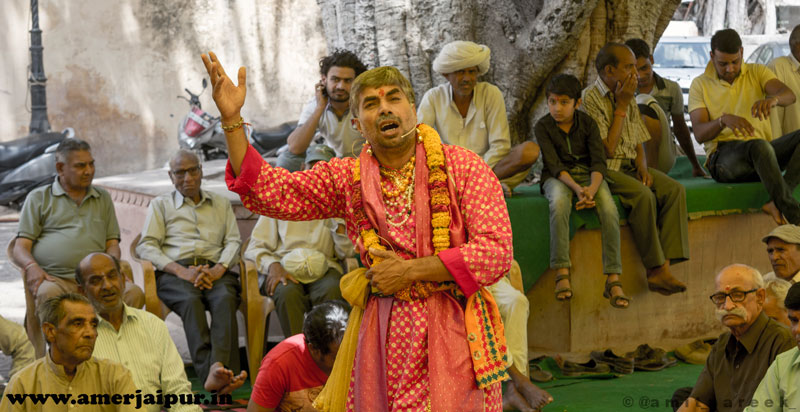 One of the famous Tamasha of Jaipur is ‘Gopichand Bharthari’. It was the tale of knig Bharthari. Who wants to become Saint and told his family why he was becoming saint.

The Tamasha art was born in the time of Raja Ram Singh of Jaipur and was protected and promoted by the royal family. But with time, the tradition has reached on the verge of extinction with artistes no more interested in the art of tamasha.

And art lovers also are not coming forward to help preserve the dying art. The ‘Gopichand bharthari’ tamasha is played in porch of Ambikeshwar mahadev temple in Amer, Jaipur every year on the day of chait Amavasya.

The play is being organized by the parampara Natya samiti of the Bhatt family. Bhatt family is striving to save the 250 years old art of tamasha in Jaipur.

After the death of Late shree Gopi Bhatt Ji, who was the promoter of this art, his son Dilip Bhatt take part in this play. Tamasha is a famous tradition of Jaipur in which the classical ranges are used in playing the character of the story at stage.